March is here and that can only mean one thing if you live in Melbourne – that the 2013 L’Oréal Melbourne Fashion Festival (LMFF) is nigh 😉 As much as I love the runways and shows, one of the major highlights for me is always the Fashion on Film at ACMI. There I get to be transported to all the major fashion hubs in the world and see my fave designers in action (sans the turbulence of flying of course). It’s guaranteed to be inspirational and educational, whether or not you are an avid follower of all things fashionable, stylish and creative.

As part of the 2013 LMFF Cultural Program, ACMI presents the next season of the biannual Fashion on Film season, Deeper in Vogue. Four features will be screeened, many of which are Australian premieres + four entries from finalists in the inaugural LMFF Film Fashion Series. See below for some of the feature films screening this season…


Film-maker Deborah Draper recounts a moment in fashion history, when Americans designers showed collections on the same runway as the designers of Paris, at the Palace of Versailles in Versailles ’73: American Runway Revolution. The American contingent of Anne Klein, Bill Blass, Halston, Oscar de la Renta and Stephen Burrows delivered a sleek and minimal show that showcased the fashion and a number of African-American models, a first for Parisian runways.

God Save My Shoes delves into the pure obsession some women have with shoes through a range of interviews and master editing by Director Julie Benasra. Speaking to not only the women who harbour such passion, such as singer Kelly Rowland who likes to give names to her shoes, but to some of the most famous shoe designers such as Manolo Blahnik, Pierre Hardy and Christian Louboutin.

Dressed for Summer 2013 is Mademoiselle Agnes’ 25th instalment and covers the European runways with her usual candour and intrusiveness with which the New York Times remarked “Mademoiselle Agnes is the rare personality who can approach a runway show as if nothing, or no one, in fashion is sacred, which is why it was not surprising to find her lurking outside the ateliers of Dior and Yves Saint Laurent last week to stick a camera in the face of Anna Wintour.” 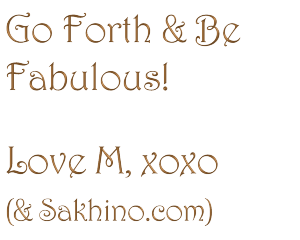